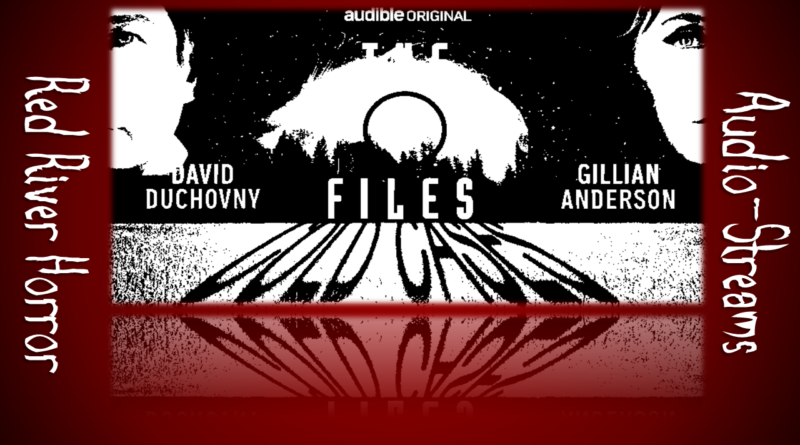 X-Files is, in itself, as unique as one of the cases on its show. It was this dark, little obscure show that somehow developed a following. Now approaching an 11th season, stories of Mulder and Scully continue to pour out of a seemingly supernatural void from various media platforms. One of the most recent is the audiobook, The X-Files: Cold Cases.  Bringing back a few of the original television actors (David Duchovny, Gillian Anderson, and Mitch Pileggi all lend their voices), we delve into this “alternate season” based on a graphic novel by Joe Harris.

First and foremost we are met with a story that is great for die hard fans, but questionable for anyone else. The six-chapter storyline works like six episodes. It opens with a bizarre series of events (as always) that lead to the reopening of the special government “X-Files” department. The story reaches sometimes for some pretty high limbs as we climb the ever growing plot. For a show that specializes in strange, it sometimes ventures into “goofy” territory.  It is enjoyable…however it asks a lot of its listeners. We have people that should be dead, who are inexplicably talking to our heroes. There is outlandish teleportation of main characters almost without any fanfare. Without special effects budgets or restraints, it goes anywhere. If you hang on through all six chapters, it becomes less awkward. It could just be complications in translation from graphic novel to spoken performance.

Speaking of speaking, there is something lacking in the voice work. Though it is painful to write the words, several of Anderson’s lines come across as if she is doing a table reading for the first time.  She moans a lot and utilizes a lot of heavy breathing to assure the audience that she is running (granted, most guys would not complain).  When things are calm, it is okay. When she is being “attacked” or in danger, we get old fashioned radio soaps.  Duchovny fairs a little better, as his character has always been dead pan and slightly campy. Again, over the course of the audiobook  your ear becomes accustomed to the cheesy marriage of the performance and the story. The best performances come from the unknown voice actors, which goes to prove that it is an art.

If you are dying for more of everyone’s favorite outcast agents, then this certainly provides a level of comfort entertainment. There is something wonderful about connecting with these characters in almost any format. In this case, we wander through a few old beloved cases and characters. If you want something serious with the same mature tone of the show, you might be disappointed. This audiobook is like a great 90’s cartoon (ala last season of X-Men); full of flare but not necessary. For the fans, it is an act of love. For the creator, it feels more like a cash grab.

Listen to The X-Files: Cold Cases FOR FREE when you try Audible for 30-days