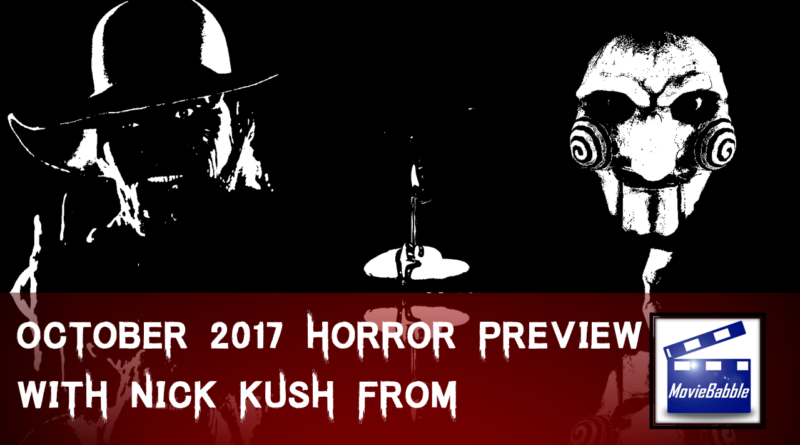 October is always a busy month for horror flicks.  With IT still floating high at the box office, horror will undoubtedly reign supreme this month.  With that in mind, let’s see what the October 2017 horror preview has in store for us.

In a special Fathom event, Jeepers Creepers 3 will re-air in theaters to capitalize on any name recognition that the franchise still has.  However, many will choose to stay away from the flick in protest of Victor Salva and his very checkered past.

Another smaller feature to check out is Safe Neighborhood.  The film stars Dacre Montgomery from this year’s Power Rangers and details a home invasion.

A remake of Francis Ford Coppola’s first feature film, Dementia 13, is set to release in a limited fashion.  Early critical reporting is still slim, but fans of the original might want to check it out.

Horror fanatics should flock to the theaters to see Blumhouse Productions’ Happy Death Day in which a college student is killed by an assailant only to then wake up again at the start of the day.  In a film that is essentially Groundhog Day for horror fans, the student continues to try to track down her killer all the while dying over and over again.

Leatherface, the next installment in the Texas Chainsaw Massacre franchise will be in theaters for a limited time.  The film has been on the shelf for quite some time now.  Initial buzz for the film is actually quite positive, making it a must-see for genre enthusiasts.

However, the film to watch out for this weekend is undoubtely The Killing of a Sacred Deer.  The film is Yorgos Lanthimos’ follow-up to the Oscar nominated The Lobster.  Although plot details have been kept somewhat under wraps, the film appears to be centered around a revenge plot on a doctor played by Colin Farrell.

As for a serious indie to watch out for, look to Tragedy Girls, the story of two death-obsessed girls who kidnap a serial killer and force him to be their mentor.  The film sways more towards the comedic-horror genre, but there should still be more than enough bloody goodness.

From the minds behind Mystery Science Theater 3000 comes the RiffTrax commentary for one of the most iconic horror films ever conceived, Night of the Living Dead.  Fans of the classic will be able to watch the film unlike ever before in theaters for the special Fathom event.  Michael J. Nelson, Kevin Murphy, and Bill Corbett will provide their usual funny observations over George Romero’s masterpiece.  The timing of this event is very fitting considering Romero unfortunately passed away earlier this year.

After getting delayed multiple times, Dimension Films is finally releasing Amityville: The Awakening before moving it to on-demand and streaming a few weeks later.  The film stars Bella Thorne and Jennifer Jason Leigh and is a modern twist on the classic.  If you can believe it, January 2nd, 2015 was The Awakening‘s original intended release date.  Horror fans may not want to hear it, but this may be a film to skip.