Red River Horror is fun, professional and unique coverage of horror genre content and events.  Each page on the home website represents another Channel of Fear.  Occasionally, some of the best creators in the genre will provide long-form perspective on a topic.

About the Channels of Fear: 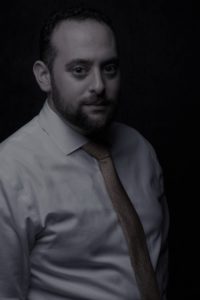 As a kid, Eddie Caiazzo enjoyed hearing stories told around the campfire at a small cabin in the Pocono Mountains of Pennsylvania.  “The Woods” to a Philadelphian.  When the campfire stories ended, the TV inside then lit up with the latest X-Files episode or rented VHS tape from the horror catalog at West Coast Video.

His experiences at the many Philly-area haunted attractions instilled in him a love of the Halloween season at a young age.  As an avid fan and reader of most online horror-specific news sources, Red River Horror was the next logical step to share his perspective, and those of some of his friends that love the genre.

Red River Horror was born from a love and appreciation of the Halloween season, the atmosphere it inspires and the content it generates — especially in film.  After months of preparation, development and testing, the website went live in September of 2017.

Caiazzo is a four-time Pennsylvania Association of Broadcasters (PAB) award-winner as a radio broadcaster, sports columnist and television producer.  He was born, raised and proudly resides in Philadelphia, PA.

The Exorcist, Halloween (1978), The Sixth Sense and It Follows.

“Red River is much more than a blog, news and entertainment site.  To me, it’s a unique outlet to share the stories we love so much about the (horror) genre, while getting some of the best freelance writers to share their perspective as well.  I want to capture the spirit of the Halloween season; break exciting news; take readers/viewers to the sets of films; talk to some of the genre’s brightest.  And at times, we’d like to strike a chord of fear in the readers and viewers of the site’s content.  We’re just getting started.  Thanks for coming along for the ride!”