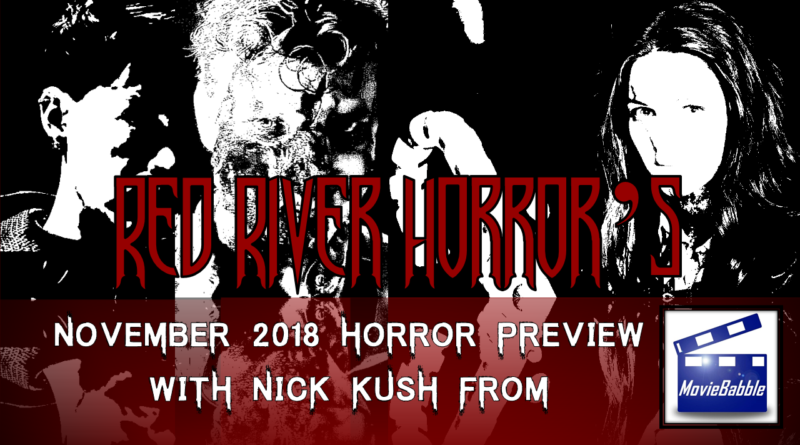 Horror takes a bit of a backseat to the more family-friendly holiday festivities in November. Disney releases its regularly scheduled animated film the week of Thanksgiving, Oscar fare rolls into wider releases, and other blockbusters attempt to scrape together some extra money to take advantage of more people taking off from work. The movie industry is cyclical, often times to a very obvious degree.

Regardless, there will still be a scary presence looming over the month as Halloween continues to dominate at the box office. But to help keep up that feeling of dread, here’s a few other films that may surprise:

Rumored to be another film in the Cloverfield anthology series from Paramount, Overlord is a WWII film with a bloody twist. Upon crash landing in France, a group of soldiers uncover a CRAZY plot in a Nazi-occupied village to create super soldiers. Although it isn’t the kind from Captain America: The First Avenger.

Instead, subjects are injected with a serum that turns them into mindless, rapid zombies. Other than that, the specifics are being kept under wraps…just like any other film with ties to the Cloverfield franchise. Whether or not this film actually has ties to the franchise remains to be seen. (After the horrendous tragedy that was The Cloverfield Paradox, Paramount might want to cool it on more of these films anyway.) But one thing is very, very clear: Producer J.J. Abrams loves sucking in moviegoers with high-concept, mysterious films. Damn you J.J. and your mystery boxes!

In more of a thriller/suspense brand of entertainment comes the newest Dragon Tattoo story: The Girl in the Spider’s Web. Starring Claire Foy with horror director (and lover of all things gross — must I remind you of a certain turkey baster?) Fede Alvarez behind the camera, the film is receiving lukewarm to lackluster buzz from early screenings. But honestly, I could have told you that from the trailer where Lakeith Stanfield’s character snipes random henchmen with bullets that fly through multiple walls from a mile away. What is this, Wanted?

To round out the month, keep an eye out for Anna and the Apocalypse. The film is a horror musical, meaning that it will probably be one of the most unique movies of the year. The titular character and her friends are forced to fight (and sing) for their lives and the lives of their loved ones when their small town of Little Haven is overrun by zombies at Christmastime. However, they quickly discover that no one is safe in this new world order, so they must look out for themselves…and themselves alone.

Anna and the Apocalypse has horror, music and zombies. If you’re looking for anything else in a movie then you’re just being greedy!