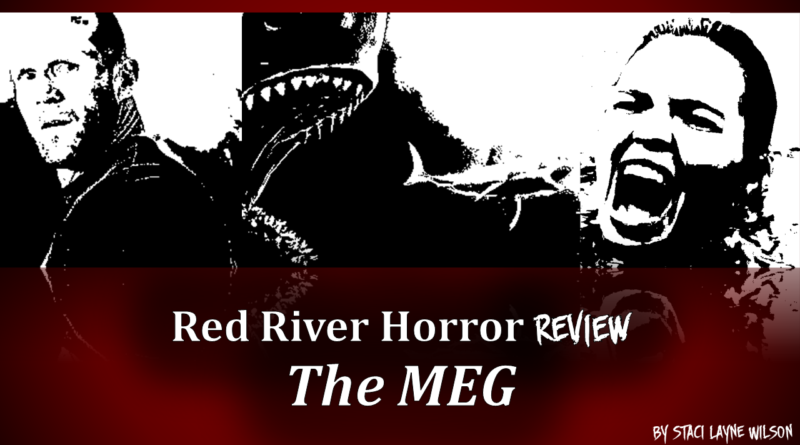 The Meg—which is in reference to a long-extinct prehistoric and super-sized shark called the megalodon—hopes to make a splash this summer at the box-office, and it just might succeed. Not because it’s good, but because it doesn’t have any competition in the sci-fi/horror arena right now.

The movie unfolds as one might except: After a bit of obligatory attention-getting underwater action, we are quickly brought up to speed on the meat of the story. Five years ago, expert sea diver and Naval Captain Jonas Taylor (Jason Statham) encountered deadly danger in the unexplored recesses of the Mariana Trench which forced him to abort his mission and abandon half his crew, leaving them to die. Though the fateful decision slapped him with a dishonorable discharge, what ultimately cost him his career and his self-respect was that no one believed his incredulous claim on what caused the tragedy: Jonas insisted it was an attack on his vessel by a 70-foot sea creature that’s been extinct for more than a million years. Shunned, he goes off on a drinking spree in backwater Thailand. But of course, he is called back to duty when a similar incident occurs in the same spot. Whether it’s a shot at redemption or a suicide mission, Jonas decides to confront his fears and risk his life to find out the truth: is he crazy, or is there a hellbent hunter ready to surface in the modern world?

After watching The Meg, I can’t help but wonder if the writers’ excuse for coming up empty might be: “A shark ate my screenplay!” In spite of being given a rich story and well-drawn characters in the bestselling novel MEG, the filmmakers have brought forth a flimsy fish tale that’s as toothless as it is absurd. Don’t get me wrong—I can enjoy the absurd… as long as it’s grounded in strong storytelling principals. Or decent acting. Or kickass CGI. Just gimme something and I’ll go along for the ride, hook line and sinker.

The screenplay (written by three people) is a mess, but it might have been salvageable with better directing and a clearer vision in terms of tone and focus. If you saw the trailer and thought “Hey, this movie looks fun”, you’re right: it does! But looks can be deceiving. The preview takes all of the one-liner quips and jump-scares, leading audiences to believe they are in for big, dumb, pulse-pounding playtime. There’s nothing wrong with that. But what is wrong, is when eyebrow-waggling wisecracks and vicious shark attacks are forced into plot points hinging on the pain of betrayal, alcoholism, infidelity, death and greed. Helmer Jon Turteltaub is no Steven Spielberg, but he keeps trying—first with the Indiana Jones-like National Treasure franchise, and now with this Jaws-meets-Jurassic Park wannabe. That’s not to say he’s a bad director overall—I’ve liked some of his work in television—but he’s bitten off more than he can chew with this one.

Unlike most movie villains, the Meg itself has no purpose and no personality, so it may not be as interesting to watch it kill. What’s more, the CGI is a bit dodgy; the shark is seldom the same size twice.

If you don’t care about the story or the storytelling and you just want to see some apex predator pandemonium, you will get it. But cue the sad trombone, because you get it in PG-13 flavor and you have to wait until well into the third act for high-gear. But, once the action shoves off, The Meg is indeed fun. Some of the sequences are pretty clever and there are a few off-the-chain (or harpoon, in this case) chases. Had the press screening been in 3D or IMAX, I probably would have enjoyed the mayhem more; I don’t recommend the 2D experience.