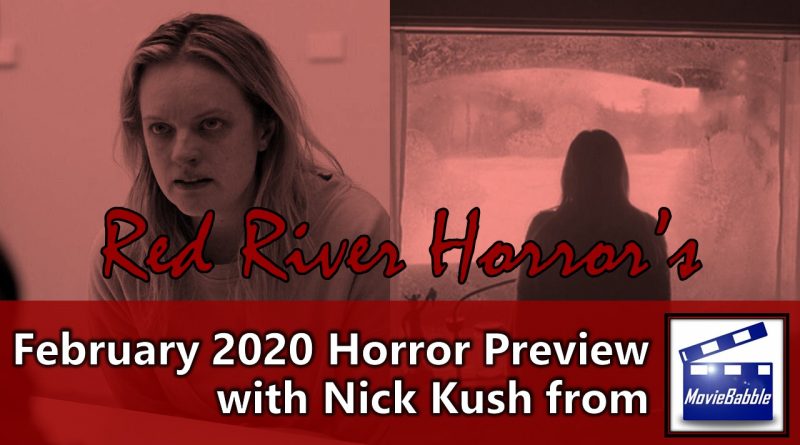 We’ve all survived January and all of the muck that comes with it. I’ll now pause out of respect for those that sat through movies like Dolittle and The Turning.

But February is a new month, one with endless possibilities. There’s always at least one horror film that pops in February. Take movies like Annihilation, Get Out, and The Witch in previous years, for instance. Even in years where something doesn’t exactly hit as the studio would have liked — take 2019 which had movies such as Velvet Buzzsaw and Happy Death Day 2U release — there’s always a clear attempt made for such a breakout hit. February 2020 is no different.

Let’s take a look at what films might score big with horror fans this month in the February 2020 horror preview:

The Lodge had a long, circuitous route to get to theaters. It premiered at last year’s Sundance Film Festival (a premiere that I went to no less) and was scheduled to come out in the fall last year. But after some rejiggering — perhaps Neon couldn’t give it the attention it needed while focusing on Parasite‘s Oscars campaign — it finally comes out on the heels of this year’s Sundance Film Festival and alongside DC’s Birds of Prey.

My guess is that The Lodge may unfortunately come and go in theaters, but that doesn’t mean it should be tossed aside altogether. From the directing duo behind Goodnight Mommy, The Lodge is a gruesome, dastardly atmospheric film that digs at the horrors of motherhood, especially for a stepmother. Riley Keough is that stepmother, and as you can expect for someone who is quickly becoming your hipster friend’s favorite actress, she delivers another outrageously good performance as a woman in peril. If you can get by the plot mechanics in The Lodge — which are suspect at best — you may find a lot in here that you enjoy.

From one delayed movie to the next, Brahms: The Boy II finally limps out into theaters after many delays. We’ve had a few release dates for The Boy II, starting with July 26th, 2019 and later shifting to December 6th, 2019 before finally settling on February 21st.

In combination with the fact that 2016’s The Boy was the opposite of good, I have the sneaking suspicion that Brahms: The Boy 2 will be a glorious stinker, one that will make a few year-end lists — and not the good kind.

Seriously, did anyone ask for this? Was The Boy that successful to warrant a delayed sequel? I’m calling shenanigans here.

Thankfully, a week after Brahms: The Boy II wets the bed, we have The Invisible Man, which appears to be the breakout horror film of the month that I alluded to above. I’m putting my faith in Elisabeth Moss, who has great taste in choosing projects… other than last year’s The Kitchen. (Oof.) There’s an argument to make that Moss is the best actress working today, especially after her haunting turn in Alex Ross Perry’s Her Smell last year.

Typically, I’m a bit allergic to remakes of classic properties, but 2020’s The Invisible Man seems to have a nice take on the material with Elisabeth Moss acting as a survivor of abuse and the titular entity being a gruesome manifestation of the lingering pain that such victims feel. Plus, having Leigh Whannell direct your horror/thriller is never a bad idea.

After She Wakes – February 11th (VOD and DVD)