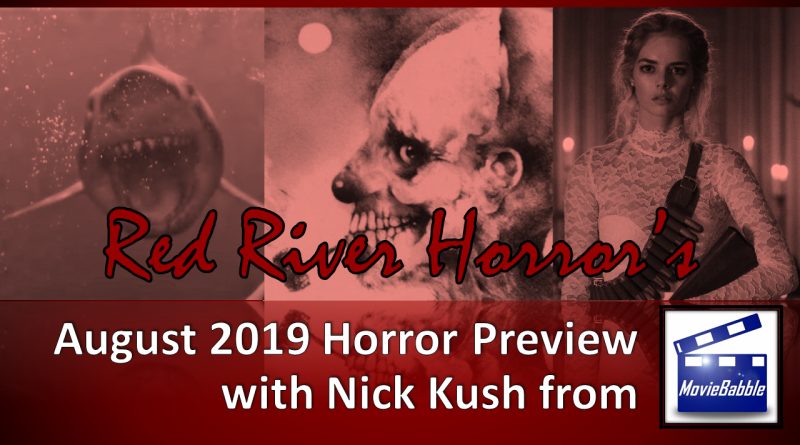 August is always a weird month, one where studios plop movies in which they have little faith into. However, there are usually some lesser-known films that manage to impress the few of us adventurous enough to go to the theater for a movie that isn’t from Marvel. (I’m kidding, Internet. Don’t hate me!) After Hobbs and Shaw premieres this weekend, we’ll essentially be done with the summer movie season in terms of blockbusters.

This month is an odd one in the studio release schedule every year. It seems like a solidly crafted film could clean up with such little competition, and yet Hollywood continues to balk on adding noteworthy films to this part of the schedule, especially in the two weeks leading up to Labor Day Weekend.

Hopefully, I can help satisfy your cravings for quality content while Hollywood works to get its butt in gear this September. Buckle up readers — here is this month’s horror preview:

Do you like scary stories? Do you like telling them in the dark? Then boy do I have the movie for you!

Terrible attempts at humor aside, Scary Stories to Tell in the Dark is a fascinating project to me. Directed by André Øvredal (The Autopsy of Jane Doe) and produced by Guillermo del Toro, the film is based on the best-selling books that you read as a kid if you were too tough for Goosebumps.

Several kids stumble upon a book which lays out some gruesome stories of torture and misery. Even worse, the book begins to lay out each of their deaths by way of creepy, creepy monsters.

Don’t get me wrong, I love a well-written, incredibly thoughtful piece of art that moves me emotionally. But sometimes, I just want to watch a CGI shark, only slightly better than something you would see on the Syfy Network, eat a few unsuspecting people in a hilariously awful way. And I believe that 47 Meters Down: Uncaged will give us just that.

Did anyone ask for this sequel? No? Well, we got it anyway! 47 Meters Down was a sneaky hit back in 2017, grossing over $60 million on a $5.3 million budget. With limited properties on which to build, Entertainment Studios Motion Pictures — which is still my leader in the clubhouse for the studio most likely to actually be a front for a criminal enterprise — slapped together this sequel, which should result in a good, ironic time.

Would I ever tell you that this movie is going to be good in the classical sense? Absolutely not! But, it does follow a group of girls discovering a Mayan burial tomb only to run into a group of hungry sharks! It’s so bonkers and strange that it just might work! (And by “work” I mean play at midnight showings years down the road to people laughing at how absurd it is.)

Whenever Fox Searchlight releases a genre film, I definitely take notice. These are the same people that release just about every great prestige picture around Oscar time, so when they release something that is considered “outside of the box,” you should probably go see it.

In Ready Or Not, a woman marries into a family that is known worldwide for their game empire. However, after the wedding, the eccentric in-laws wish to play a game, as is tradition for anyone who wishes to join the family. As you would expect, the family uses the game to hunt down the new bride so that they can use her as a sacrifice.

This film is being pitched as a black comedy, with many of the murderous in-laws using hilariously outdated weapons very poorly and inflicting more damage on each other than on their target. I can’t wait for this one. It might just be that sleeper hit of the summer that comes around every year.