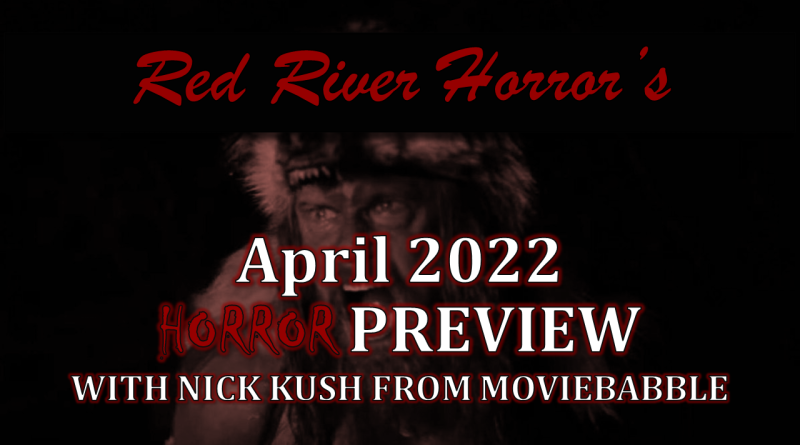 Horror springs eternal in 2022, as this month has a wide spread of horror/thriller films for every kind of viewer. From superhero fare to arthouse experiments to Alexander Skarsgård apparently ripping out some dude’s throat, there’s a lot to like in this month’s slate. Or, in the case of the first movie mentioned, something to avoid entirely.

Let’s take a look at what’s in store for us this month:

The word has been out for a while that Morbius was going to be a hot mess. Countless delays initially blamed on the pandemic were also used for extensive reshoots, with the second round of reshoots occurring almost a year after the first round. To quote a certain billionaire superhero from a semi-connected (but also not?) movie universe, “not a great plan.” Sony is hellbent on creating its weirdo Spidey side universe to keep whatever possibly marketable IP they have left underneath their own umbrella, but there’s gotta be better ways to go about it than this, right???

Morbius will be available in theaters on April 1st.

What if Terrence Malick made a horror movie? That’s the essentially the pitch for Goran Stolevski’s You Won’t Be Alone. In a remote Macedonian village in the 19th century, a young girl is kidnapped by a witch and turned into one herself. What follows is an exploration of existence through the eyes of a feral young woman who wrestles with what if means to be human in a brutal world. Stolevski fills the movie with shots of trees and wheat rustling in the wind, the kind of imagery Malick has imbued into countless images over the years. And personally, the Malick pastiche is what consistently holds this movie back. It’s always a copy — never something new — even if it’s presentation may feel like it for a short while.

But, I won’t deny that You Won’t Be Alone will most definitely have an audience.

You Won’t Be Alone will be available in theaters on April 1st.

An unhealthy creepypasta obsession sends a girl down the internet rabbit hole in We’re All Going to the World’s Fair, a sub-90-minute, ASMR-filled horror movie about online culture, gender, and loneliness. Bored out of her mind and seeking some sort of connecting to just about anything, Casey (Anna Cobb) decides to take the World’s Fair Challenge, an online horror role-playing game of sorts and to keep her following updating on anything happens. Director Jane Schoenbrun plays with that feeling that something might just happen as they focus on Casey in her room, and that lingering, uneasy feeling has seemed to work on both audiences and critics during the film’s festival run.

We’re All Going to the World’s Fair will be available in limited theaters and on HBO Max on April 15th.

Let’s keep it simple: Robert Eggers is directing a sweeping, gnarly Viking epic and in it, Alexander Skarsgård catches a spear out of the air and throws it back at his enemies. What else do you need?

(It’s worth mentioning that The Northman might not EXACTLY be a horror/thriller, but instead an action epic. However, considering Eggers’ influences and previous films, there’s sure to be more than enough crossover.)

The Northman will be available in theaters on April 22nd.

The Exorcism of God – April 19th (Blu-ray and DVD)