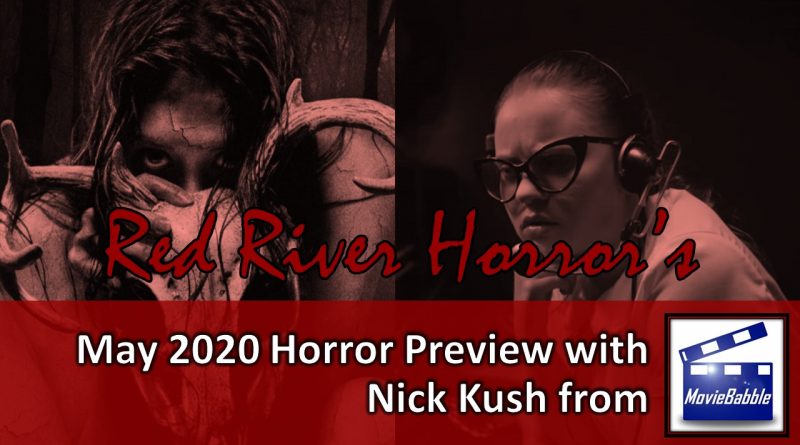 Slowly but surely, over the month of April, studios began to have more faith in distributing their content to streaming platforms in the wake of everything happening in the world right now. And after a relatively bare weeks of releases, we are now seeing a reasonable amount of films drop every Friday, minus the obvious big-time blockbusters missing from the slate. Normalcy is still far away, but there’s a strong amount of adaptation occurring at a quick pace. May’s slate looks even more confident, with many high-profile VOD releases from indie distributors.

Let’s take a look at this month’s most intriguing horror and thriller releases in the May 2020 horror preview:

The Pierce Brothers’ The Wretched is a wonderful throwback creature feature to a time when many teenagers were terrorized by deadly forces at summer camps or by the shore. I can assure you The Wretched is full of all the requisite practical effects and teen angst in that respect. In the same vein as Invasion of the Body Snatchers, after a family unknowingly brings a presence home with them from the woods, that presence takes over the body of anyone it chooses. The creature can also cause an individual to forget they ever had children. As to be expected, lead character Ben (John-Paul Howard), a troubled teen, struggles to get adults to believe him when he sees the creature terrorizing his next-door neighbors, leaving him with no choice but to take charge.

There’s a lot of personality in The Wretched, with fun visual cues and quirks from its characters. Perfect for a fun Friday night horror film if you ask me!

Also releasing on the 1st is Quentin Dupieux’s Deerskin. Your mileage may vary on Quentin Dupieux, who is known for his particularly odd sense of humor. Look no further than his film Rubber, a movie about a runaway tire killing people in the California desert. And that streak of inspired absurdism continues with Deerskin by following lead character Georges (Jean Dujardin), a man so fixated on his deerskin jacket that he vows to be the only person left on the Earth who wears a jacket at all. The outrageously talented Adele Haenel co-stars as a bartender who Georges swindles into believing he is a filmmaker so he can satiate his desires and get some extra cash on hand.

Unsurprisingly, as Georges becomes more unhinged, killing begins. But Deerskin isn’t as outwardly daffy as the description above would have you believe. All of Georges’ unhinged characteristics are internalized, which creates a bizarre combination of stupidity and machismo. And at only 77 minutes, Deerskin never threatens to overstay its welcome.

I don’t know about you, but that synopsis is enough to color me intrigued! Just be careful when searching for the film on Google…

Another hit on the festival circuit, The Vast of Night comes to Amazon Prime at the end of the month and follows two kids in a small town who discover a strange frequency coming from above. In a cute twist, the film is framed as an episode of “Paradox Theatre”, a clear riff on the classic Twilight Zone bookends.

The frequency increases in strength, and the kids embark on a scavenger hunt of sorts to figure out the source. To make it even more fun, it all takes place in one night.

Last Moment of Clarity – May 19th (VOD and DVD)

The Postcard Killings – May 19th (DVD)