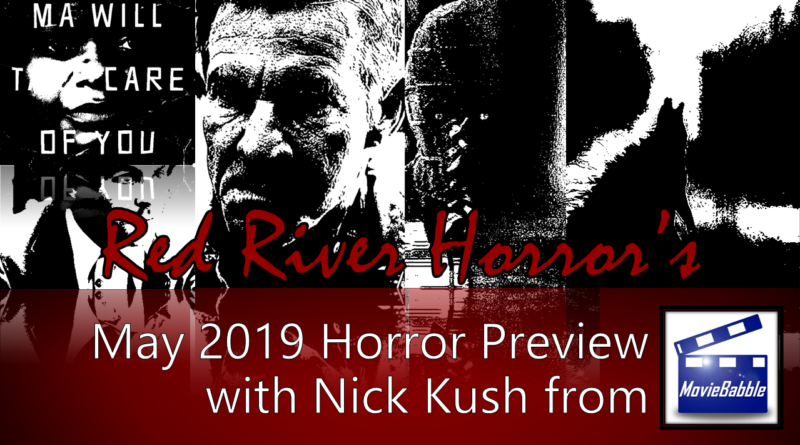 The summer movie season is always full of anticipation and excitement from hardcore and casual moviegoers alike. Whether it’s the next big superhero property, an indie darling, or a genre crossover, there’s always something to love for every interest.

So what should we expect from summer 2019? Well it appears as if summer came early with the explosion of Avengers: Endgame in theaters last weekend. I’m going to go out on a limb here: no other movie this summer will gross $357 million at the domestic box office in its first weekend. You can take that to the BANK!

But enough with the hot takes, let’s take a closer look at all things horror in the month of May:

It seems like there’s always a movie like The Intruder that releases around Memorial Day, a movie that focuses on a break in with a few actors upping the cheese factor. In this specific case, it’s Dennis Quaid going after Michael Ealy and Meagan Good after they move into his old house. As you might expect, Quaid’s character is quite unhinged, and he’s not about to give up his home without a fight. The Intruder is a Screen Gems movie, and if you know anything about my disdain for movies that they release, I would stay far away from this film.

Instead, stay home and watch Extremely Wicked, Shockingly Evil and Vile on Netflix! As you might expect from the title, the film follows the infamous Ted Bundy (played by Zac Efron) up through his televised trial. Considering Netflix just covered this subject in a docuseries earlier this year, the subject won’t exactly be fresh, but critics came out of Sundance earlier this year raving about the film’s performances, most notably from Zac Efron in a chilling turn as the serial killer.

Disney’s remake of Aladdin looks horrific in a different sense of the word, but your horror fix for this weekend will be Brightburn, the evil reimagining of the Superman origin story from Producer James Gunn.

If you’ve ever watched Superman, you know the beginning of Brightburn: an alien child lands in Kansas and is raised by Earthlings. The story breaks from the Superman mythos when that kid decides to choose evil and all hell breaks loose in this small town.

Many have been looking forward to this film as a shake-up to the superhero genre. I hate to break it to you, but Brightburn is also a Screen Gems film, and James Gunn is NOT the director. I hate to keep bringing up Screen Gems as a crutch, but counting against them hasn’t done me wrong yet. This is an interesting idea for a movie, but I would encourage you to tread lightly.

Ma looks like an effed up, schlocky thriller from Blumhouse in which the great Octavia Spencer gets to act deranged and mess with a few teens (played by actors who are obviously in their twenties) in consistently escalating fashion.

Although, if you ask me, the real treat of this weekend will be Godzilla: King of the Monsters, in which SEVENTEEN monsters will fight each other. Look, I’m all for capital “C” cinema, where everything is undeniably artistic and thoughtful and each movement of the camera marks an important comment on society, but sometimes, I just want to see big, CGI monsters smash things. We all need a little more multi-million-dollar schlock in our lives. I’m confident that King of the Monsters will deliver in that respect.

All Creatures Here Below – May 17th (VOD)