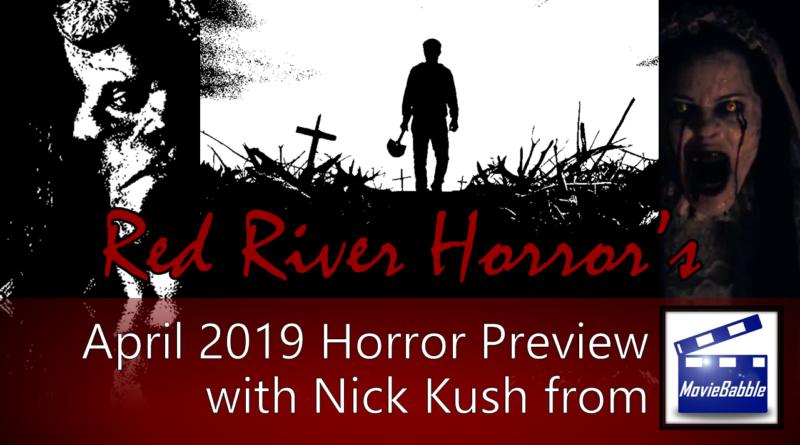 Reboots, remakes, and cinematic universes have permeated into the horror genre with greater frequency, just like every other genre of film out there. Selling a film based on its IP is the best way to make a quick buck, so it’s no wonder that we get two reboots of popular horror or horror-adjacent properties in the same month that we get a DC and Marvel movie.

Thankfully Jordan Peele’s Us showed the power that original film can have in the industry in 2019 with two monster weekends at the box office when compared to its budget. But nevertheless, brand recognition dominates the horror outlook for April, as we have the return of a couple of favorites from past decades.

Opening this week against DC’s Shazam! is the remake of Pet Sematary, the horror flick based on the book penned by Stephen King. The influx of Stephen King-based properties were bound to happen after the breakaway box office success of It back in 2017, and we’re starting to see the Stephen King stories that were greenlit by studios almost immediately after It‘s record opening. (We’ll also be getting the sequel to The Shining later this year in Doctor Sleep with Ewan McGregor playing an older version of Danny Torrance.) It’s a classic game of industry copy-cat.

But as for this version of Pet Sematary, it received very solid reviews at the SXSW Film Festival in March which should lead to a solid opening weekend, which Paramount sorely needs after Wonder Park‘s disastrous opening a few weeks ago.

I imagine that this film won’t change your life, but if you’re sick of superheroe movies it should be a nice diversion for 100 minutes.

The other reboot of the month comes in the form of Hellboy, which appears to be unbelievably bloody and metal — sounds like a great combination to me!

The Guillermo del Toro Hellboy films are beloved by many to this day, and it was sad for many to see his plans for a possible third movie finally get tossed aside for a reboot of the series. Still, I personally think that this reboot has a lot going for it. A hard-R retelling will certainly help to differentiate this film from the previous version. The cast looks to be quite charming as well with David Harbour, Milla Jovovich, Daniel Dae Kim, Ian McShane, and Sasha Lane leading it all.

But to be honest, I have no sense for how this movie will turn out. All possibilities are on the table in my mind; it could be a runaway hit, a massive bomb, critically praised, universally panned, or a combination of the lot…or even something in-between. There’s no advanced word on the film at the time of writing, but I’ll be holding out hope for this one.

The last major horror release of the month, The Curse of La Llorona, is the only one that appears to be a standalone feature. Yet Michael Chaves, the director of the film, was recently announced as the director of the upcoming Conjuring 3 for Warner Bros. and New Line Cinema, so many will look at it as an audition for a future installment in what is the biggest and most profitable connected universe of horror films in the industry. We can’t escape franchises!!!

La Llorona also premiered at SXSW a few weeks ago, although critics weren’t as kind to it as they were to Pet Sematary. It currently sits with a green splat on Rotten Tomatoes, though I imagine that this won’t stop many horror junkies from seeing before Avengers: Endgame comes to theaters and blows every other film out of the water the following weekend.