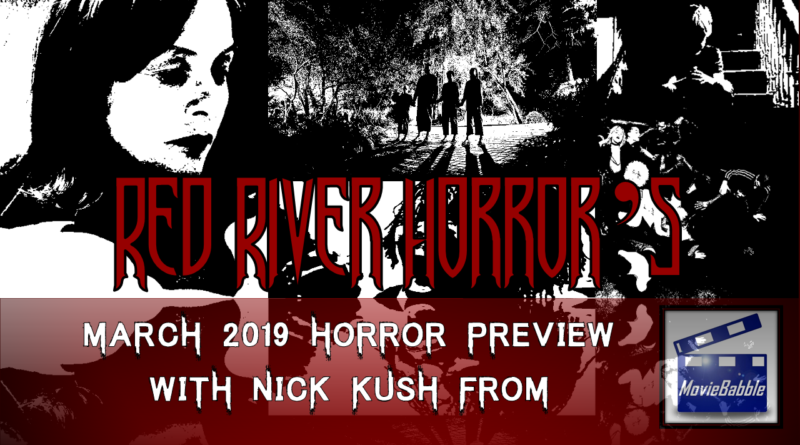 One wouldn’t normally identify March as a hotspot for horror, but thanks to a certain director that you may or may not know from a certain sketch comedy show, March is a big deal in 2019 for horror fans. I imagine many of you are looking forward to that specific film — and we’ll get to it in a second — but there’s a few other sinister films that deserve your attention, as they should all pack a serious amount of thrills.

In Greta, a creepy, older woman played by the immensely talented Isabelle Huppert leaves handbags around New York City, hoping that someone will bring them back to her. Luckily for her and her sinister wishes, a nice young girl (Chloe Grace Moretz) does just that. You can imagine where the film goes from there. (No seriously, you can, because this movie isn’t anything you haven’t seen before.) For what Greta lacks in originality it makes up for in genuine terror and nightmare fuel. We don’t often get a movie where A-class actresses get to play with B-movie material, and Huppert is veritably unnerving as a loony, lonely woman. You’ll have a few qualms with character choices and the film’s overall composition, but you’ll certainly be creeped out. Greta may shape up to be a pleasant surprise for many people.

Also coming out this weekend is The Hole in the Ground, another movie that you’ve probably seen before in other forms. A mother begins to wonder if her child is the same after he returns from a hole in the forest behind their house. Is he possessed? The devil incarnate? Who knows! (Well, you’d probably know if you saw the movie, but it’s more fun if you go along with the bit.) This A24 film played at Sundance just a few weeks ago and has received quite a slew of positive reviews since. You might want to carve out some time to see this one!

And lastly for this weekend we have Gaspar Noe’s Climax, a supposedly insane movie where a dance troupe descends into madness after someone laces their sangria with drugs. Things get explosive and deadly — not to mention bloody — for everyone involved as they try to figure out whodunnit. Noe has been known to fish for anger from audiences in the past with shocking and graphic imagery, so Climax will most likely do the same with its own brand of outrageousness. Sounds like fun for the entire family!

Jordan Peele’s next film was always going to be highly anticipated after the phenomenon that was Get Out, but Us seems to have everyone in a tizzy. After the trailer dropped sporting Luniz’s “I Got 5 On It” the film shot up everyone’s lists of the most anticipated films of 2019. You have a group of great actors fighting their evil doppelgängers to their death with some super creepy imagery and set pieces. What’s not to love?

Considering that Peele has called Us another “social thriller,” it’ll be fascinating to see how he weaves commentary into such a bonkers-looking film. If he succeeds, we’re looking at the next big-name director that can sell a movie based purely on his name alone, which is harder to do now more than ever.

And if I had to guess, I’d say that Peele will succeed overwhelmingly.