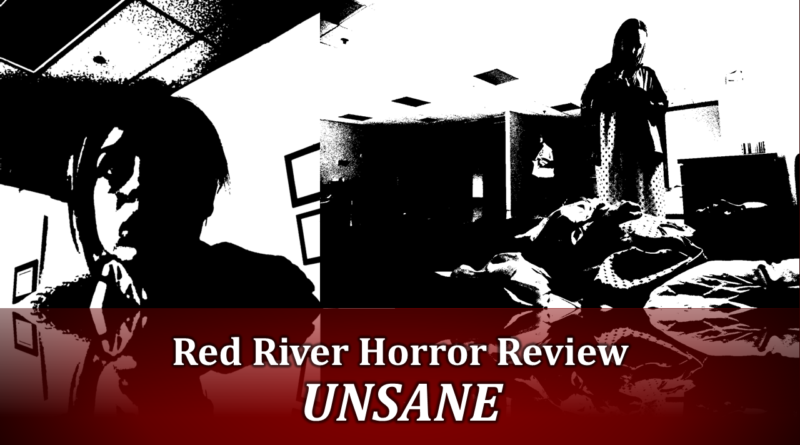 This review was written on iPhone.  Well…I lied.  It was actually typed on a PC.  But in Unsane, the latest psychological thriller to hit theaters, director Steven Soderbergh decided the film would be shot on iPhone.  Did it work?  For the most part, yes.  But largely because of the strong performances by the film’s lead and her supporting cast.

Sawyer Valentini, played by Claire Foy (The Crown), seems to be getting her life together with a new job, in a new city, and hundreds of miles away from a stalker she escaped from in Boston months before.  A restraining order later, and it appears the dangerous man from her past is safely in the rear-view mirror.  But, Sawyer doesn’t have it all together just yet.

After some early instances of her character’s mental instability, she willingly seeks support from a therapist to deal with the lingering effects of having a stalker.  She then is tricked into signing some papers, and unwillingly commits herself to a psychiatric hospital for 24-hours.  It would be reasonable to think this was all a big mistake.  But the doctor in charge assures her it’s not.  He extends her stay from 24-hours to seven days because she assaults an employee, and provided answers to the therapist’s questions that prove she is a danger to herself and others.

Well, that escalated quickly.  And yes, it gets out-of-hand really fast.

Early-on in the story, it seems our protagonist might not be surrounded by the best people.  Her boss.  The counselor.  The nurse.  The doctor. A patient named Violet (Juno Temple, Vinyl), who agitates Sawyer time and again throughout her unpleasant stay.

But it’s the newest addition to the hospital team that upsets the main character the most — her stalker, David Strine, played by Joshua Leonard (The Blair Witch Project).  Is it really him?  Or is Sawyer, who is now on medication daily, imagining that it is?  Foy does a great job of fooling the audience; there are moments when her character really is unstable and needs pshychiatric care, and moments it seems she’s the only sane person in a claustrophobic world of madness.

Sawyer’s mom Angela Valentini (Amy Irving, Traffic) and another patient named Nate Hoffman, played by Jay Pharoah (Saturday Night Live), are the only two people that actually try and positively affect the situation.  Her mom wants her out of the psych ward, obviously, and does everything in her power to legally make it happen.  Nate is grounded, logical and kind, offering Sawyer sound advice in dealing with her current circumstances.  He also introduces the idea of how institutions — such as the one they’re both committed to — force situations like Sawyer’s to milk as much money as possible from the insurance companies.  This idea is hinted at several times leading to the film’s conclusion.

Unsane clocks in at 98-minutes.  That leaves plenty of time for the characters to develop and the story to come to a satisfying, and somewhat unpredictable finish.  Jonathan Bernstein and James Greer write an unsettling tale, filled with a lot of tension in the final act.  Soderbergh brings the feature to life with a well-selected cast that delivers.

The only area this film really suffers is its soundtrack.  It sounds as if the music was created in the discontinued Apple Soundtrack program, or GarageBand.  But in this kind of film, some movie-goers may find the music easy to ignore.

Finally, shooting this movie on the iPhone was most effective early-on.  It felt as if we were spying on Sawyer for a little while.  But that sense of “being watched” went away as more dramatic scenes developed, making the film being captured this way seem largely unnecessary.  After all, this isn’t the first film to be shot on iPhone, and it certainly won’t be the last.  As of right now, though, Unsane might just be the best.