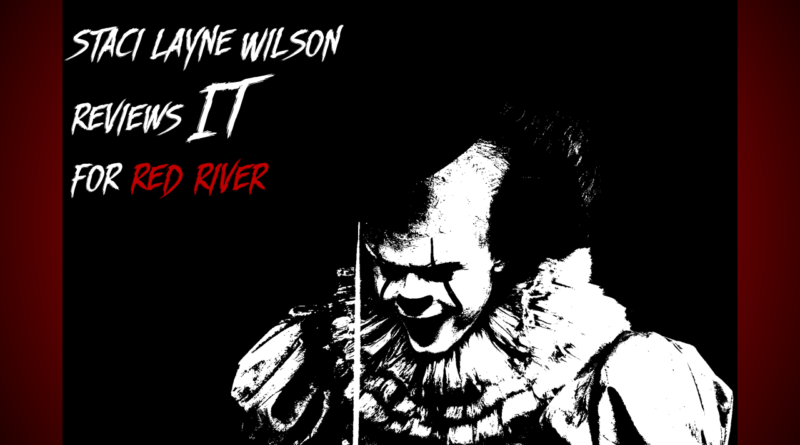 Even before serial killer John Wayne Gacy donned a pair of floppy shoes, grease-painted his leering face, and lured little boys to their deaths as “Pogo” – clowns have been creepy. Perhaps stimulated by the true-life horror that shocked the world after Gacy was caught, a virtual clown-car of circus-inspired creepers began to permeate pop-culture. Killer Klowns from Outer Space was released in 1988 and became an instant cult-classic… but the first killer clown from outer space was Pennywise, the villain in Stephen King’s massive bestselling tome IT, which was unleashed in 1986.

The book was adapted into a two-part miniseries for TV in 1990, securing actor Tim Curry’s place in history as one of the most memorable horror villains of all time. Pennywise is a mysterious monster who rises from the sewers every 27 years to feed on the fear-soaked blood of the children. So, it’s only fitting that the cinematic version of IT appears 27 years after the television presentation.

The new movie wisely exploits the current 1980s nostalgia craze and changes the setting from the original’s 1950s. Stephen King may have come of age in the Eisenhower era, but the screenwriters and filmmakers behind IT are Cold War kids. And speaking of kids, those familiar with the source material know that the story switches back-and-forth between the younger versions of the heroes and their adult selves. That is not the case with this IT – it’s all kids, all the time. It not only brings to mind Neflix’s Stranger Things, it even cast one of the boys (Finn Wolfhard) in a pivotal role.

IT follows seven adolescent outcasts – self-dubbed The Loser’s Club – growing up in the small Maine town of Derry. Each of them has a target on their back for one reason or another, a beacon for bullies. But when summer break comes, they don’t get a vacation. They go head-to-head with the scariest thing they could ever have imagined: an evil entity posing as “Pennywise the Dancing Clown” (Bill Skarsgård). The best thing about the movie is its trueness to King’s affection for his characters; everyone is given time to show us who they are, which of course makes us fear for them when their lives are put in danger.

In case you’re wondering, there is horror and a lot of it. Maybe too much – I felt the consistent stream of scares leading up to the big finale actually softened the impact of the climax. Once you’ve seen the kids confront the clown a few times, the final fight isn’t as intense. But I guess today’s ADD world needs to have those perfectly timed beats between the drama and the action. Another thing I wasn’t too crazy about was Pennywise’s makeup: it’s too stylized to have sprung from the imaginations of kids born in the 70s and I didn’t think the gopher teeth were apropos for a predator.

Having aired those minor miffs, I will say that IT is a beautifully made movie, well-written, and incredibly acted. In a year of good horror movies, IT floats right in.