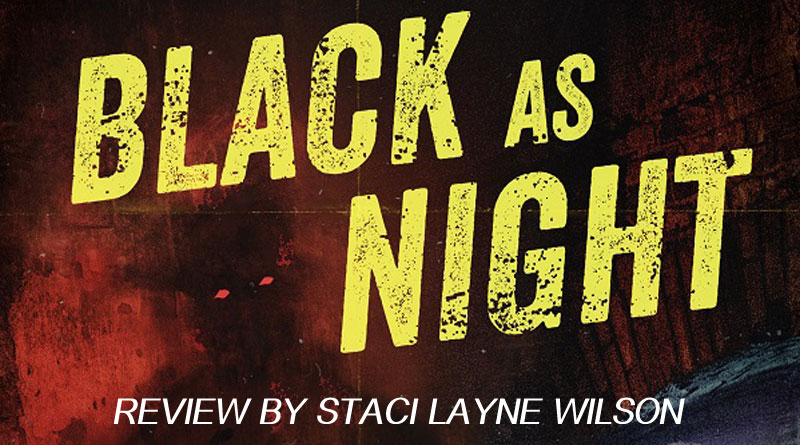 There’s no denying that uber-producer Jason Blum has done a lot to reinvigorate the horror genre over the years—and he is finally rectifying his egregious oversight regarding female film directors and POC. He’s got franchises all over stream-town with Shudder programming, Into the Dark on Hulu, and Welcome to the Blumhouse for Prime’s October 2021 offerings—the first two of the latter are directed by Gigi Saul Guerrero and Maritte Lee Go and both are centered on urban frights.

Guerrero’s Bingo Hell takes place in the fictional Barrio of Oak Springs where a stubborn group of elderly cronies refuses to let their neighborhood be gentrified—even when the devil himself takes over their beloved bingo hall and threatens to turn them all into puddles of goo.

While both films focus on the disenfranchised fighting evil using monsters as metaphors, Go’s Black As Night is the more entertaining of the two. It just feels more in the spirit of Halloween season, what with its creepy vampires and historic, haunted New Orleans setting.

Fifteen-year-old Shawna (Asjha Cooper) has a few problems growing up in “the projects” but overall, life is good… that is, until vampires attack her one night when she’s walking home alone from a party. She manages to fight them off, but she is powerless to save the next casualty—her mom. Gathering a posse of her three most-trusted friends, Shawna breaks into the undead’s mansion lair in hopes of destroying their leader (Keith David), and restoring the blood-donor victims back to their human forms. The vicious vampires turn out to be tougher targets than anticipated, and their motives are far more sinister than Shawna and her friends could have guessed.

While somewhat heavy-handed and obvious in its approach to exploring racial, gender, and economic issues, Black As Night is mostly fun and engaging. There’s a bit of vampire-related gore, but most of the horror is in the general look of the monsters—they’re appropriately ferocious, fanged, and frightening thanks to an extensive makeup and FX team. There are some definite Fright Night vibes here! The creatures of the night, and the Crescent City location, are captured vividly by cinematographer Cybel Martin, while local music, such as a gritty rap song by Malik Ninety-Five, rounds out the authentic atmosphere of Black As Night.

Fright Night isn’t the only classic horror film you’ll think of when watching Black As Night. There are also nods to Wolfen, Candyman, and Buffy the Vampire Slayer.

Shawna is a solid character with depth and is given a decent arc—Cooper is well-cast and she remains watchable and likable throughout. As Babineaux, a slave in life and now an immortal killer, David seems to relish his vampiric evil as he chews the scenery (and necks). The second-fiddles are more hastily drawn and less-tolerable. Pedro (Fabrizio Guido), Shawna’s gay, Latino best friend reminds us that he is gay and Latino in just about all of his dialogue; Chris (Mason Beauchamp), the boy Shawna crushes on, is a standard-issue high school hottie; and Grania (Abbie Gayle), the rich white girl, is given a handy knowledge of vampire literature and a few hollow lines.

Black As Night is a decent timewaster and while not bound for classic status, it’s still worth a watch.