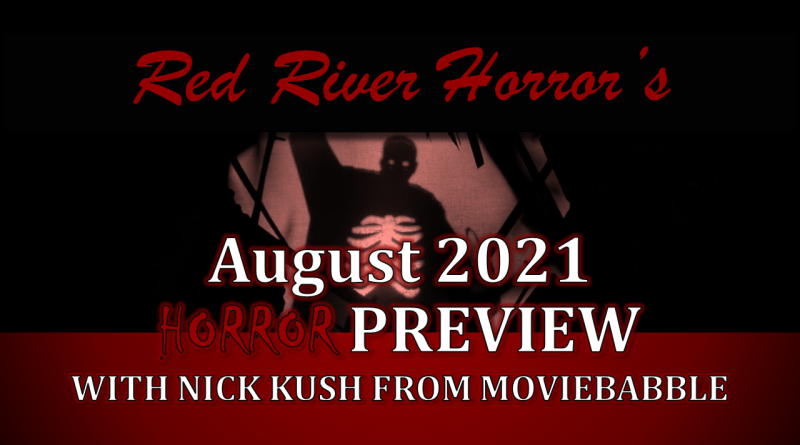 Typically, August is a dead zone for the film industry. For years, the general viewpoint of the industry is that this is the time of the summer when most people are on vacation, meaning they’re less likely to head to their local theater. Studios have gravitated toward releasing their big-ticket summer movies up until late July, with the possibility of one final potential blockbuster the first weekend of August. Then, they punt until after Labor Day for their next crop of buzzy movies.

But due to COVID delays and other reshufflings, one could argue August is the most packed summer month on the movie calendar. And luckily for us, that means plenty of horror releases to look forward to.

2016’s Don’t Breathe is absolutely gnarly. It doesn’t get enough credit as being one of the best movie theater experiences of the last few years.

It was also a massive success upon its release, resulting in a very quick sequel announcement. So it’s a little odd that we’re getting Don’t Breathe 2 five years later. Maybe it was script-related; after all, Stephen Lang’s blind character is now the hero of this movie. Umm, did they forget what happened in the first movie?

Don’t Breathe 2 screams too little, too late, so you might want to wait until VOD.

Don’t Breathe 2 will be available in theaters on August 13th.

It’s hard not to view Neill Blomkamp as this generation’s M. Night Shyamalan. His career started with an out-of-nowhere hit in District 9 that seemed to mark him as the next big thing, only for him to stumble mightily with Elysium and Chappie afteward.

Ever since, Blomkamp has mostly worked on developing his own shorts through his own production company, Oats Studios, but he’s finally returning to features with the sci-fi horror flick, Demonic.

Shot during the pandemic last year, Demonic finds a woman learning of her long-estranged mother’s hidden past, which in part takes her into an eerie simulation. Naturally, the main character runs into something much darker than just her mother.

Demonic will be available in theaters and on VOD on August 20th.

I had the pleasure of viewing The Night House at its premiere during the 2020 Sundance Film Festival. Ever since, I’ve been anxiously awaiting its theatrical release — it could very well be a sleeper hit.

The Night House defies the “there’s something wrong with the house” horror movie tropes effectively. The creepy encounters aren’t small for the first two acts — they’re bombastic, inventive, and very frequent. Seriously, this is one of the louder horror movies of recent memory. But it’s also not a jump scare bonanza. The scares are very well-crafted and tense. Rebecca Hall too defies conventions for the woman in peril in a horror movie by offering a fun, slightly unhinged performance in the lead role.

The Night House will be available in theaters on August 20th.

One of the more notable COVID delays, Nia DaCosta’s reimagining of Candyman is finally hitting theaters this month. Picking up years after the original and long after the infamous Cabrini Towers were torn down, Anthony (Yahya Adbul-Mateen II) and his girlfriend are moving into luxury condo in the now gentrified area. But with Anthony’s art career stalling, he takes to the Candyman myth for inspiration…and spirals out of control.

Candyman will be available in theaters on August 27th.

John and the Hole – August 6th (Theaters and VOD)

Bleed With Me – August 10th (Shudder)

Girl With a Straight Razor – August 17th (Blu-ray and VOD)

The Girl Who Got Away – August 20th (Theaters and VOD)