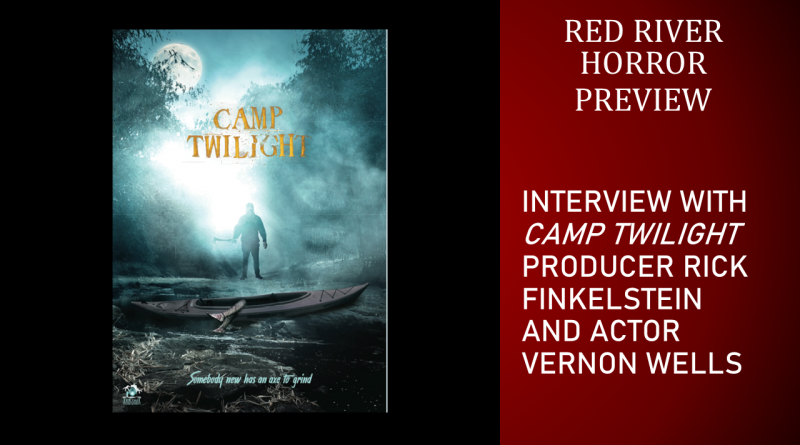 Felissa Rose is no stranger to murder at an overnight camp. This time, though, she’s calling the shots as co-writer and actress in Camp Twilight. Rose is the teacher, and six of her students will not be graduating this school year unless they attend…Camp Twilight? Yep, that’s all they have to do!

Rose plays teacher Jessica Bloom, and she, along with Mr. Warner (Barry Jay Minoff), travel together with the kids to the oddly empty Florida resort of Camp Twilight. It is not surprising that the student population on the camping trip balances out evenly — three girls, three boys. What’s the worst that could happen?

On episode number 13 of the Red River Horror podcast, Joe Zakrzewski and I have a chance to speak with Camp Twilight‘s producer Rick Finkelstein. Along for the ride is one of the stars of the film – legendary character actor VERNON WELLS. Joe and I rap with Rick and Vernon about indie horror films, troubled film distributions of year’s past and the exciting future for Rick’s new film studio.