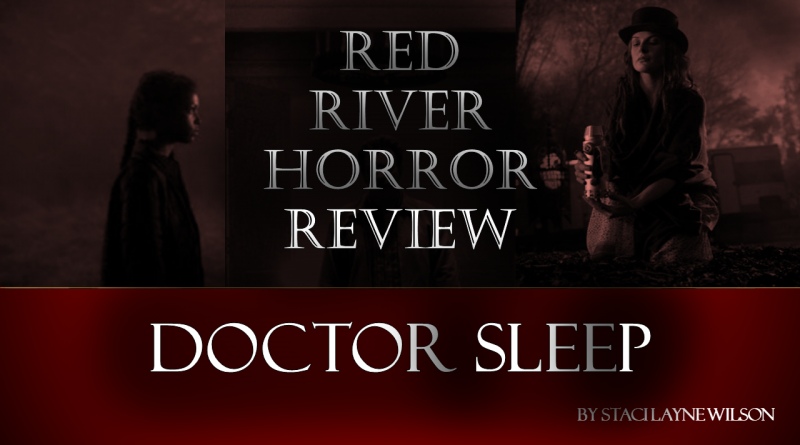 Doctor Sleep is a sequel to The Shining. Sort of. This puts writer-director Mike Flanagan (Gerald’s Game, The Haunting of Hill House) in a precarious position. The recently-crowned genre giant is tasked with bringing to life a big screen bonanza that respects both King’s 2013 bestselling book and Kubrick’s classic 1980 film while working to please an author who hates the cinematic classic and cater to the horror fans who love it. For the most part, he succeeds.

After a bit of backstory, Doctor Sleep swings into action with the adult and alcoholic Dan Torrance (Ewan McGregor) still traumatized by the sinister supernatural events that occurred at the Overlook when he was a boy. He’s been down and out most of his life but has finally decided to cut the sauce and put his psychic gifts to good use by becoming a caring orderly in a nursing home where he helps the elderly ease over as peacefully as possible. But Dan’s hope for a stress-free existence soon shatters when he meets Abra (Kyliegh Curran), a plucky teen who shares his extrasensory gift of the “shine.” The pair unwittingly become a beacon that attracts the attention of the True Knot, an evil cult whose members feed off the “shine” of innocents to remain forever young. They will stop at nothing to drain the lifeforce of Abra, which draws Dan from his protective shell and back into those haunted hallways of the Overlook Hotel.

The leader of the True Knot is Rose the Hat (Rebecca Ferguson), a seductive and cunning feral beauty whose band of unnoticed roving gypsies are actually accruing vast fortunes along with the immortality they steal in the form of souls. (This subplot is much-reduced from the book, and understandably so, but King’s crafting of their long and storied history is quite fascinating.) The group we see onscreen is small and most are peripheral characters, but Crow Daddy (Zahn McClarnon) and Snakebite Andi (Emily Alyn Lind) add some color and texture to the otherwise sketched-out clan of baddies.

Via the obligatory flashbacks, we get glimpses of ghosts from the tragic past. Alex Essoe fares best as Wendy Torrance as she faithfully yet unpretentiously takes on Shelley Duvall’s demeanor; Henry Thomas as Jack Torrance/Jack Nicholson doesn’t quite work; and, Carl Lumbly as Dick Hallorann falls somewhere innocuously in between but there will never be another Scatman Crothers. Other key characters include Dan’s AA sponsor and bestie Billy (Cliff Curtis) and his sympathetic employer Dr. John (Bruce Greenwood), plus Abra’s loving parents (Zackary Momoh and Jocelin Donahue).

Flanagan is truer to King than Kubrick here—he’s more interested in building human arcs than he is the architecture of evil—but there are enough nods to the iconic version of The Shining to please even the hardest of diehards. We get glimpses of the bathtub lady, the blue-clad twins, and Lloyd the bartender (but sorry—no Furry-action this time around). There are also scenes set in the rooms we remember best, and of course, the elevator of blood gushes once more and the monstrous maze comes into play. Finally, there’s even a meta-nod by Flanagan to himself with a playful nip at Netflix (the monolithic streaming network has been the hand that feeds him for a few years now).

As someone who read “Doctor Sleep” very recently and has seen Kubrick’s The Shining enough times to have it memorized, I must say that this film serves both masters well. (In spite of some major omissions and departures from the novel’s narrative while still managing to feel a tad too long.)

Though it may not become as classic as its cinematic counterpart, Doctor Sleep is an entertaining and thought-provoking companion piece.