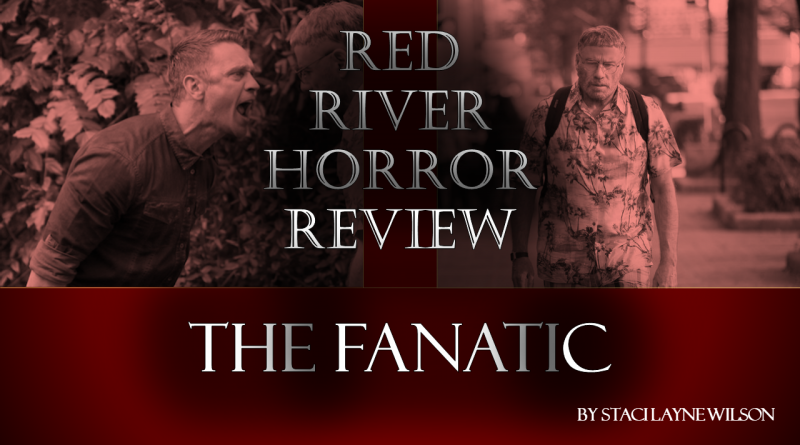 I saw The Fanatic several weeks ago, before the appraisals were published. I was able to see it without expectations and without the color of opinion. I liked it, though I felt its main strength was in its all-in lead performance by John Travola. I liked it, though I felt its intriguing yet thin premise was stretched to the breaking point. But I’m in the minority… they definitely didn’t like it. From RogerEbert.com to FanBoyNation.com, The Fanatic has been panned. Hard.

Maybe I’m just a sucker for the genre. Themes of hero-worship, fandom, and obsession never cease to hold my attention and draw my fascination. From real-life tragedies like the murder of Rebecca Schaeffer by her crazed stalker Robert Bardo, to Annie Wilkes breaking her favorite author’s ankles to keep him from leaving her in Stephen King’s Misery, it’s the eternal game of cat-and-mouse that intrigues me from a psychological standpoint. What would it be like to “love” a complete stranger who doesn’t even know you exist? On the other hand, how scary would it be to have strangers know everything about you, down to what brand of toothpaste you use?

The Fanatic doesn’t delve too deeply into the psychology, choosing instead to keep things on the surface level and going for the horror aspects over all else. Not that there’s anything wrong with that, but had the script been on par with Travolta’s stellar performance, The Fanatic might have been more than just an entertaining timewaster.

Travolta plays Moose, a rabid follower of horror film actor and action hero, Hunter Dunbar (Devon Sawa, who famously played an obsessed fan in the video for Eminem’s “Stan”). Moose, a down-on-his-luck “character actor” who works in an English bobby costume on Hollywood Boulevard, spends all of his tourist tips money on collectibles from his idol’s old B-movies. Authentic locations lend a lot of credibility, giving one the ability to get lost in the story as it unfolds. Moose finally saves up enough money to buy a bedazzled biker vest worn by Dunbar in a cheesy action flick, then he stands in a long line at a signing with other fans to have it autographed. Just as he is about to step up to the table and present his prize, Dunbar gets a phone call from his bitter ex-wife and steps outside to take it.

This disruption does not sit well with Moose, who follows the actor outside and insists that his vest get the Sharpie treatment. He whines about the money he’s spent and rambles on about his collection of everything Hunter Dunbar. Rather than quickly obliging and just being done with it, Dunbar goes off on Moose and storms out of the event. That does not stop Moose from still trying to get that coveted autograph. The disgruntled fan turns to his only friend, Leah (Ana Golja), a well-connected paparazzi photographer who knows how to find celebrity homes. Moose finds his way onto the high-security Dunbar compound, and that’s where all hell breaks loose.

Travolta throws himself completely into his performance as the ardent but unhinged man-boy, and Sawa does a damn good job playing a cold, conceited prick. But all they have to work with are what I can only guess were cardboard cutouts in the script, so at times their portrayals border on the cartoony. There’s no exploration of the fan-celebrity relationship, and so there’s not much for the viewer to latch onto beyond the obvious. If you’re looking for a striking story on obsession, you’ll do better with old-school thrillers like the aforementioned Misery, or even the underrated 2017 indie Ingrid Goes West. However, if you’re a, ahem, fan of Travolta or Sawa, and you like blood and gore, then The Fanatic is worth checking out.