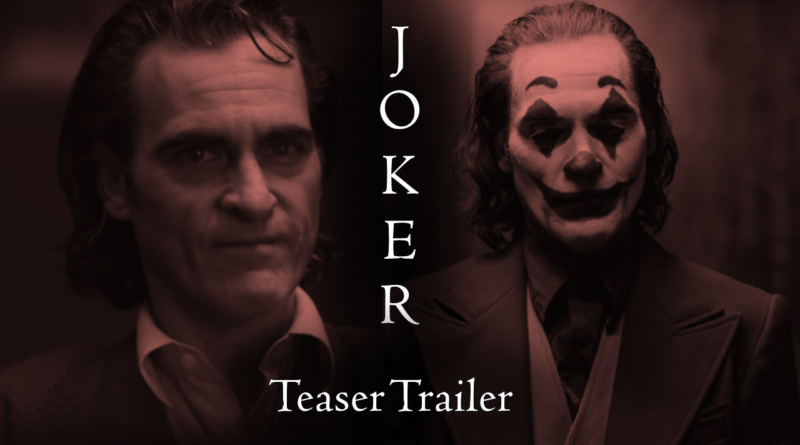 The JOKER’s origin story is shaping up nicely. For viewers of course, not for the characters in the new teaser trailer released by Warner Brothers earlier today.

First impressions are that Joaquin Phoenix will finally thrill audiences with his long-awaited portrayal of Batman’s most famous enemy, The Joker. But, as you’ll see in the trailer below, this Joker isn’t laughing.

“I used to think my life was a tragedy. And now I realize…it’s a comedy.”

Todd Phillips, most famous for directing/producing Old School (2003) and The Hangover (2009), is directing a script penned by himself and Scott Silver. Joaquin Phoenix stars as the Joker, alongside Zazie Beets and Robert De Niro.

The official release date for JOKER is October 4, 2019.