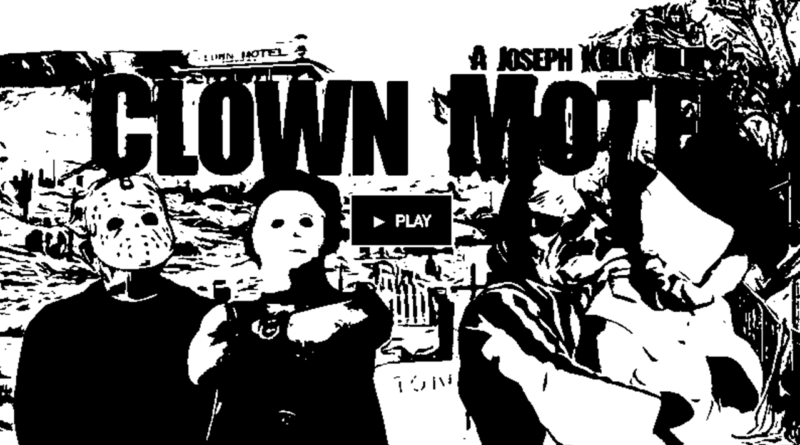 Much to the dismay of the circus, clowns are once again terrifying in 2018.  To celebrate, award-winning filmmaker Joseph Kelly is bringing feature-length horror/comedy Clown Motel to the screen.  And he’s not clowning around with this production.

Plans are in place to begin filming at the actual Clown Motel in Tonopah, Nevada sometime in 2018.  Ari Lehman — the original Jason Voorhees — will be starring opposite Tony Moran (the unmasked Michael Myers in John Carpenter’s Halloween).  The script was penned by Kelly, with some creative story development by the creator of the Final Destination series, Jeffrey Reddick, who is also one of the film’s producers.

With 50% of the feature funded, Kelly is looking for horror fans to come up with the other 50% via the popular crowdfunding site Kickstarter.  Slightly more than a month remains to fund Clown Motel, and Red River Horror will be providing updates and interviews with the cast and crew as the Kickstarter deadline approaches.  View the campaign link here.

From Award-winning Director Joseph Kelly (Bloody Island, Community Service, Clown Motel) comes a new feature-length Horror-Comedy film. Clown Motel follows a group of Ghosthunters coming from an old ghost town and a bachelorette party returning home from Las Vegas. When the groups meet up by mistake, they must discover whether it is really abandoned or haunted by the souls of the clowns that once lived there?

Eddie Caiazzo is a four-time Pennsylvania Association of Broadcasters (PAB) award-winning radio broadcaster, sports columnist and television producer.  A proud Philadelphian, his experiences at the many local haunted attractions (and his dad’s large horror film collection) instilled in him a love of the horror genre and the Halloween season at a young age. As an avid fan and reader of most online horror-specific news sources, he created Red River Horror as an outlet to share his passion for the genre.