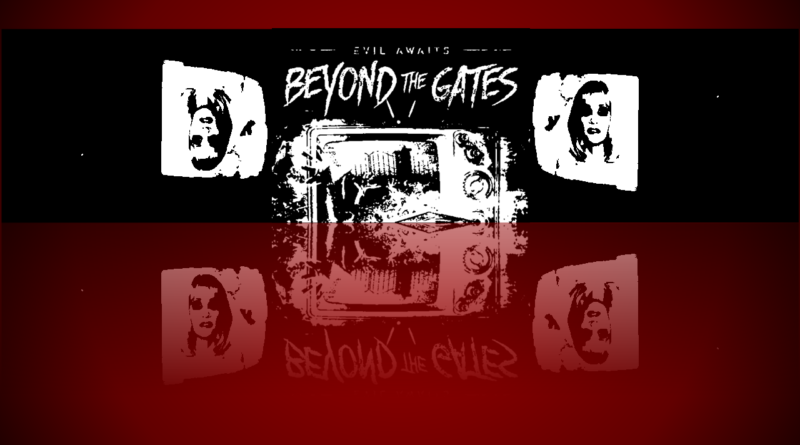 Gordon and John’s father has been missing for 7 months. Gordon, with girlfriend Margot in tow, returns to his hometown and reunites with John to liquidate their missing father’s old-school VHS video store. There, they discover a VHS game called “Beyond the Gates.” Back at the old man’s homestead, they pop in the tape and find themselves playing against a beautiful but mysterious woman, played by ’80s horror icon, Barbara Crampton. While the game promises to reveal the fate of their father, they find that the answer may cost them dearly.

This movie doesn’t pretend to be something it is not; a throwback to the glorious days of ’80s horror movies and gaming. We’ve got VHS tapes, a video store, a lovely synth soundtrack, and even the “Crampton” herself. This film is spot-on in tone, photography, lighting and atmosphere. While things do wrap up perhaps a little too neatly, it’s still a nice romp through the VHS golden age. Beyond the Gates is definitely worth a watch.

Watch Beyond the Gates on:

Michael Bird has been a horror movie fanatic since before he really should have been watching horror movies. Growing up in the eighties, the first real horror movie he saw was Re-Animator. Since then, he’s had an unhealthy obsession with Barbara Crampton and a tremendous fondness for the Golden Age of 80s Horror. From the best to the worst, he watches them all, so you don’t have to.  In the rare moments when he’s not scouring the weirdest parts of Netflix and Amazon Prime, he does software development and cooks stuff (quite well). In addition to writing for Red River Horror, he maintains his own review site at http://ounceofblood.wordpress.com, where he offers up “brief reviews for the busy horror fan.”